When I was a curious teenager in the 1970s and wanted to learn music, the public library was my teacher. Armed with a library card, I studied the excellent record collection in the Champaign Public Library. It was there that I made discoveries that will influence my musical tastes for the rest of my life.

There was no section intact, but my favorite section was the “soundtracks” because this section taught me the most. I discovered classical music thanks to the 2001 soundtrack: A Space Odyssey. The American Graffiti album was a great introduction to rock and roll. Fellini’s Armacord soundtrack introduced me to Nino Rota, Clint Eastwood’s spaghetti westerns introduced me to Ennio Morricone, and the Pink Panther films introduced me to Henry Mancini (why were these great 20th century composers all Italian origin ?).

It was also in the library that I fell in love with the great singers of a bygone era – Sarah Vaughn, Dinah Washington, Doris Day, and more. So when I stumbled across Jason Croft’s “Bachelor Pad Radio Show” on WEFT and heard my teenage favorites again, I became an instant fan. It was on Jason’s show that I gained new respect for what I thought was called the “easy listening“, but now he has a cool new name -” lounge “. Then, a few months ago, when Jason announced the end of his WEFT show, I panicked and started downloading his setlists. Luckily, Jason also announced that he is moving his show to WILL-FM in January and is aiming for national syndication. I wanted to know more, so I emailed Jason asking him about his new show and its upcoming events. future projects.

Smile politely: How did you come up with the name “The Atomic Age Cocktail Party?” “

Jason Croft: It’s actually the name of an old DJ party I did at Cowboy Monkey about 15 years ago. During these concerts, I would pull out my living room record collection, put on a tuxedo jacket, and sing tunes to the people of the Monkey. Some people didn’t know what to think about it. But those who love it absolutely loved it. I always thought that was a good name and that it perfectly describes the type of music I play.

SP: What kind of music are you going to play?

SP: How is this show different from your “Bachelor Pad Radio Show” on WEFT?

Small farm: I am super proud of my journey there for almost twenty years. As I told the fans of this show, they are going to feel right at home with this new show. The big difference they’ll hear is the weekly theme. Each episode of “The Atomic Age Cocktail Party” will revolve around a specific idea. It can be a concept or a sub-genre of the featured music or instrument. So every song I play is tied to the larger program. So it will be less free and more structured.

SP: What are some of these “ideas” that you have in mind?

Small farm: To reveal a secret to you, I worked upstream and I have already produced about ten programs. In January, when the show debuts, we’ll be featuring travel shows, cocktail songs, bongo music, Johnny Mercer’s lyrics and a fun show I call “naming names”. At first, when I first presented the program, I put together a list of about 60 different show themes from the top of my head. I always offer more too. And I bet once the show gets off to a good start, other ideas will start to come in. So, I’m not afraid to run out of show ideas anytime soon.

SP: Why the switch from WEFT to WILL?

Small farm: Earlier this year, WILL re-added jazz to its weekend lineup with NPR’s “Jazz Night In America” ​​program. I thought “The Atomic Age Cocktail Party” would be a good companion for this. The time seemed to have come to present it to the powers-that-be of Illinois Public Media (the organization that runs AM580, FM 90.9 and WILL-TV). They must have heard something they liked since they gave me the green light to do it.

Small farm: Yeah. There aren’t many, but there are still a few of us who keep the lounge flame alive with our radio shows. I often chat with other animators and programmers. We like to exchange music and talk shop. Many of these shows are based on community radio stations. Some sound more commercial. I would like to think that what I do is on the finer, more professional side of the spectrum.

SP: How come you know so much about this kind of music?

Small farm: I fell into it by accident. At the end of the 1990s, there was what was called the “Lounge Revival”. People are rediscovering the music and style of the 1950s and early 1960s. The movie Swingers is a good example. There was also this amazing collection released by Capitol Records called Ultra-Lounge. He hit the right time for many of us Gen-Xers. The grunge was over and I think we were all looking for something new musically. And there was a certain charm to this music from our grandparents. There was this style and this aesthetic that were close and yet so far away. All that Mid-Century Modern vibe. It was cool and sophisticated and upbeat and leaning into a whole new future. Just soaked in cocktails, cool clothes and all that stereophonic music. It’s fun to see that now, considering the difference back then was only around 40 years. It would be like rediscovering the 80s today.

SP: What is your personal relationship to this musical genre?

Small farm: Well, it’s hard not to live with this music for over two decades and not be affected by it. It’s the stuff that always floats in my head. And I had the chance to meet people who also like this same kind of music: musicians, show hosts, collectors, etc. Sometimes I think of all this great music like an ocean. You can swim all the way through, but you can also do those deep dives and really find more wealth below the surface.

SP: Tell us about your favorite artist from this period.

Small farm: I have to laugh a little at that. Because I could spend ten minutes listing my favorites and why. And then tomorrow I might have a whole new list for you. They all have great stories, which I try to address here and there in the new program. But if there’s one artist I think most people associate with me, it’s the man I like to call the “King of Space Age Bachelor Pad Music,” Mr. Juan Garcia Esquivel. I used his song “Mini-Skirt” to open every episode of “The Bachelor Pad Radio Show” on WEFT. His music is fun and quirky, but completely solid and polished. Maybe that’s a good way to think about how I approach what I do.

SP: Are there contemporary artists who bring this genre back to life?

Small farm: Oh, there are tons! It’s a small but powerful group of people who keep this music alive. In fact, I’m planning on doing a show called “21st Century Lounge” soon. There are big groups like The Martini Kings, The Tiki Delights, Don Tiki, Waitiki, Stolen Idols, Project Pimento, Ìxtahuele, etc. Plus many great modern crooners. Who does not know Michael Bublé or the duets of Lady Gaga and Tony Bennett? And while I don’t really play with modern surf bands, you could totally throw them in the retro category. So there are a lot of them. You just need to know where to look.

SP: What is the difference between “Lounge” and “Easy Listening”?

Small farm: Now, you can think of them as one and the same. I use the terms interchangeably. But if you want a more nuanced definition, this is it: “Lounge” music was the music played in cocktail bars. Think of crooners and bands that had nightclub concerts. “Easy Listening” was more light recorded music intended to be played on the hi-fi system or on beautiful music radio stations. One is supposed to be in front, the other fade into the background.

SP: Do you really have to drink cocktails while listening to your show?

Small farm: OK, here’s another deep and dark secret for you. I am a teetotaler. My favorite drink is usually a cup of coffee. But I encourage people to have a cocktail when they’re listening to the show. It usually makes me sound better!

SP: Your long term goal is national syndication. How is it going ?

Small farm: My plan for the show is to offer it to other community and public radio stations. There is something called the Public Radio Exchange where the show producers can offer content. We can either go that way or look at the distribution in another way.

SP: One hour for a radio show is not very long. Do you intend to extend the duration of the show?

Small farm: I think I’ll stick to the old showbiz adage that “always let them want more”! One hour on a particular topic is more than enough. In addition, the shows will be available on demand on the website after they air on the radio so that people can listen to them again and again. And I plan to produce a lot of episodes of “The Atomic Age Cocktail Party”, so there should be a lot to listen to soon.

SP: You obviously do this for fun. Do you also have a day job?

Croft: I’m the director of audio production at Illinois Public Media, so producing and hosting this show is now part of my day-to-day work … station needs.

SP: What else do you do besides working on radio shows?

Small farm: I have a lot of other projects and hobbies. And those who know me probably already know what they are.

SP: When and where can we listen to the program? Will the show be streamed or available as a podcast?

Small farm: Starting January 1, the show will air Saturday evenings at 11 a.m. with a reminder Sunday evenings at 10 a.m. on WILL-FM, 90.9 in Urbana. It will be available on request at atomicagecocktailparty.com or by the the website of the will.

SP: Is there anything else you want our readers to know about your show?

Small farm: I think people should grant it. But then again, I’m biased since it’s my show. I try to present this kind of music in an original and interesting way. Somewhere over the years “lounge” has had a bad reputation. I try to show people that this music is still important and entertaining. My hope is to open up this style of music to a whole new audience and make them love it as much as I do. 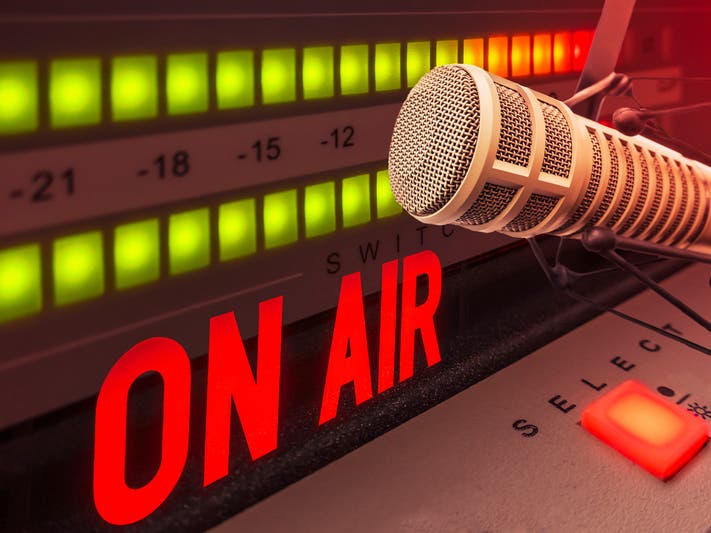