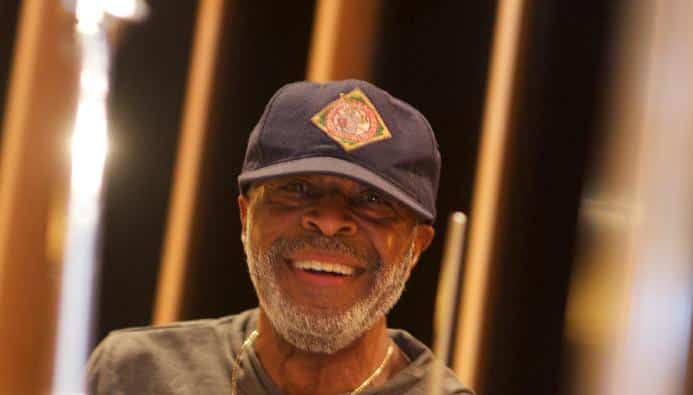 This month, he adds a radio show host to his hat collection with a jazz program “Lay it On the Line”, his title taken from a song that Hooper wrote for the album. Crusaders. Unsung heroes (Blue Thumb – 1973) which he then revisited as the title song of an album under his direction around 1989. On the radio, Hooper will tell inner stories about sung and unsung heroes of his program which begins Wednesday, November 17 in 9 p.m. TVP.

As a manager, Hooper has worked with various artists, including jazz singer Ernestine Anderson. In tribute, Hooper is the co-executive producer of “The Ernestine Anderson Celebration,” a city-wide series of events, the celebration will honor the life and legacy of the most successful jazz and blues artist. iconic Seattle this month. Additionally, Hooper is putting the finishing touches on his untitled first new album in five years – a jazz album in an orchestral setting. This writer has had the honor to preview two selections, “Samba del Cielo” and “I Touched a Dream”, both of which promise to envelop jazz fans in a warm blanket of lush romance as the winter turns into spring. I was also honored to steal half an hour of Hooper’s time to discuss the new album and his radio project.

Galloway: The selections that you previewed for me from your next album are quite beautiful. You are no stranger to orchestral work, whether it is that of the Crusaders Royal Jam with the Royal Philharmonic Orchestra in the 80s to your solo album The world inside in the 1970s. What inspired your last foray into orchestral music?

Hooper: First of all, I did it because the Russian pianist, Eugene Maslov, with whom I currently work is a brilliant player and arranger. His chops are unreal! And he likes to play with spontaneous creativity. So, this is another extension of this holistic approach that I did on The world inside is relative to what is happening now.

For this album, I wrote all the compositions. I have the directing baton in hand and the organizational factor to use musicians from all over the world – guitarist Andreas Oberg from Sweden, another guitarist from Brazil, Oscar Castro Neves (one of the legend’s last recordings), flautist Hubert Laws… from Texas like me (laughs) and others. The joy was to put it together in a different frame and frame.

Galloway: You enter the broadcasting arena with your “Lay it On the Line” program. Have you ever had a radio show in the past?

Hooper: I have done long presentations and radio interviews all over the world. But as far as my own show is concerned, never. It was something that I aspired to do in a general sense. I have always been a fan of Saul Levine since the days of KBCA-FM in Los Angeles (in the 1960s and 1970s). So “Lay it On the Line” is something I’m excited to do.

Galloway: KBCA was the best Jazz station. I had the pleasure of growing up listening to and learning from this station. Have any favorite radio personalities from KBCA or back to Texas influenced the presentation of your show?

Hooper: Johnny Magnus certainly did. He was on the radio at the start of The Crusaders career. He was one of the first people to play a live jazz record on AM radio in Texas. It was almost unheard of in Houston because it was a very blues-oriented city. Therefore, when I came here to LA, I definitely respected Chuck Niles and Helen Borgers (after KBCA became KLON) and, later, Nick Tyler and Jerry Sharell (currently at KKJZ).

I have always respected the station and the genesis of its derivation. What Saul Levine did not only to promote Jazz and quality music but in terms of broadcasting, by physically installing antennas and transmitters. Part of my allegiance to him and the station rested on that in addition to perpetuating the iconic music of American jazz.

Galloway: What prompted you to start this new program?

Hooper: “Lay it On the Line” is precisely what I’m going to do. I mentioned it to (station manager) Stephanie Levine as something interesting. Then (show host) Steve Tyrell said I might want to go on board. It simply turned into a society of mutual acceptance. With the support of Stephanie, (Director of Underwriting) Michael Levine and (Managing Director) Saul Levine, my enthusiasm only grew. I feel like I can bring things to the station that will be relatively unique. I’m not saying I’m the only kettle on the beach with knowledge or experience with this music. But I come with the history and the variables from a pedagogical point of view.

Galloway: Growing up listening to KBCA, I really liked the education I received as a youngster on music, sidemen, regions and styles. Chuck Niles and my favorite DJ, Rick Holmes, have always had a problem. They knew cats! So, it was always interesting to hear them talk about people from a personal point of view. Are you planning to personalize the music while you play it the same way?

Hooper: I will share excerpts. In fact, I will be including interviews in the theme of the show about some people that I may have played, worked with, or produced with. I have worn so many hats in the business. Jazz’s umbrella is huge, which is one of the reasons I was partly responsible for the Crusaders dropping the word of our name. When you come to a place and someone says, “Well, what kind of jazz are you going to play? People have formal expectations in their minds about what jazz is “supposed” to be. I want people to know that this umbrella should encompass the fact that it is music of instant creativity, spontaneity, improvisation, great craftsmanship and musicality.

Galloway: To be frank, as a resident of Los Angeles for 50 years, the current incarnation of this jazz station has too often disappointed me. I don’t feel like they are supporting enough living artists, working hard enough to introduce young artists in need of developing artists, or helping to identify and create “hit” records. in this format that can translate into desperately needed record sales. And when they play Jazz stars like Miles Davis or Dave Brubeck, it’s like they’re releasing the same 5 albums when they both have at least 60 or 70 to deal with. So, I look forward to what you are going to do.

Hooper: I will incorporate as much as I can. I want people to be aware of the roots and the genesis. But I also want them to know that just like a tree, Jazz has roots and branches. Even I felt like I had to get another degree in this music when I heard the term “Acid Jazz”. I don’t know what it was! I will definitely be going across the spectrum of jazz, explaining all of this. How musicians wanted to create in a certain setting.

Galloway: Well, I hope the powers of “K-Jazz” embrace your show and leave you alone to schedule it however you see fit. You deserve this because of your tenure not only in music but also in business. We need you, my brother. 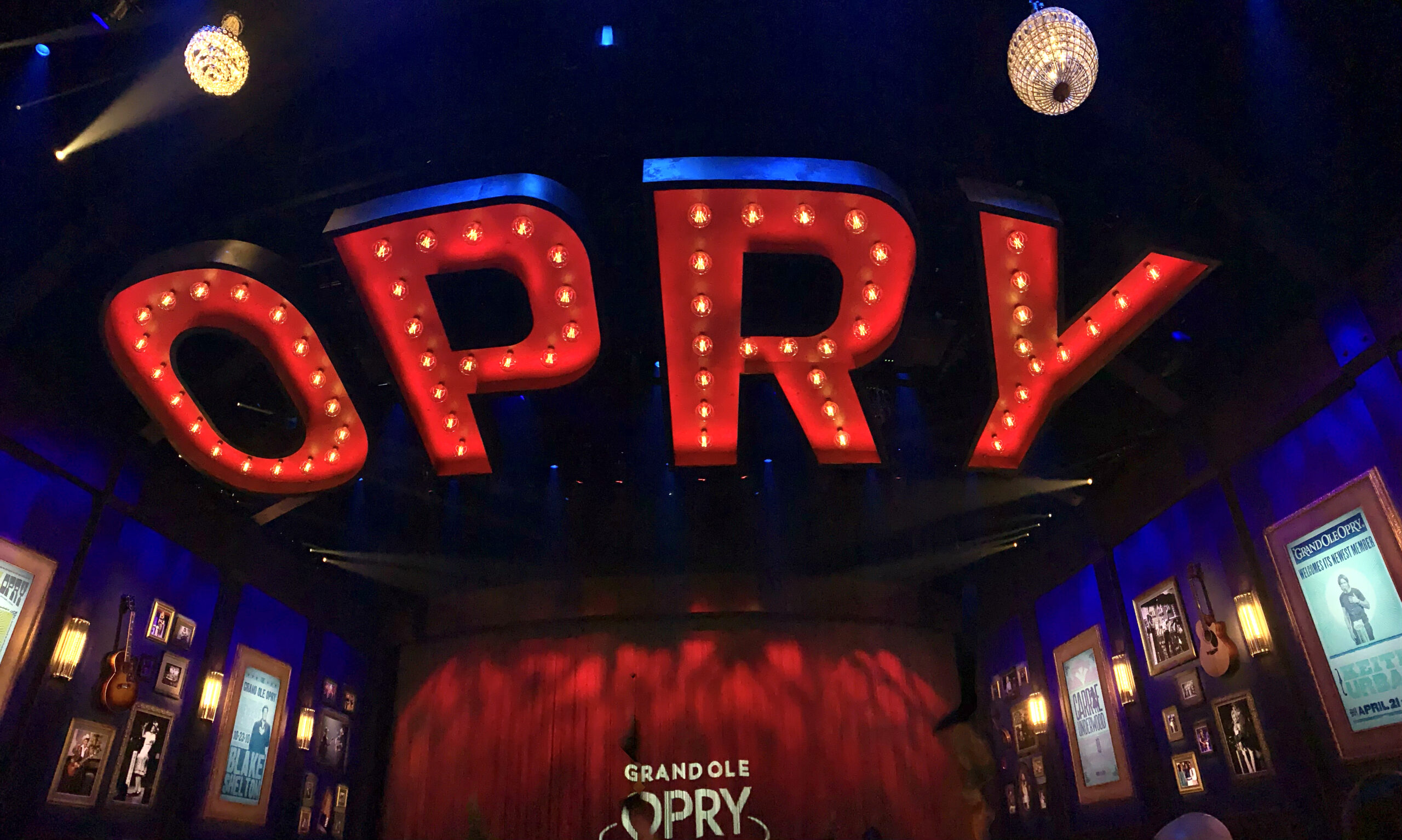